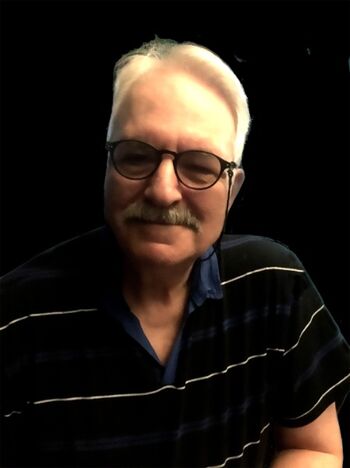 An award wining composer Michail Travlos was born on July 7 1950 in Piraeus, Greece.
From 1975 to 1980 he studied composition with Isang Yun at the Hochschule der Künste Berlin (diplome in Music Composition in 1980).

From 2015 he has taught music theory and composition at his RESIDENTIAL STUDIO in Piraeus and the Conservatory of Modern Art in Anavissos, Greece.

He currently divides his time between his home Piraeus and Kwidzyn. His works have been recorded extensively and appear on a dozen CDs available on the European and US labels such as Sarton, Ablaze, Lyra, Tar, Dna, El Culto/ClassXX etc. In 2017 his album PROGRESSIONS won the Global Music Award - Gold Triple Medal - Awards of Excellence (Composer, Flautist and Album) and in 2018 was nominated for the International Classical Music Awards - ICMA 2018 (Contemporary Music) and won the Akademia Music Awards - Music Award of Excellence (Composer, Flautist and Album) and the CLOUZINE International Music Awards Fall 2018 (Best Contemporary Album).

The Castle of Kwidzyn
Next
Previous