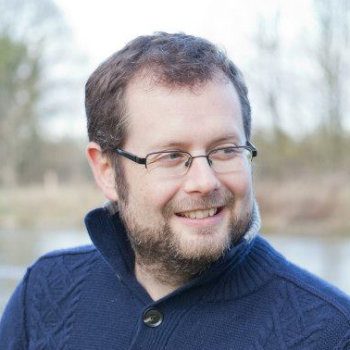 Composer of the Week: Rob Fokkens

Tell us a little about your background?
I’m a South African composer based in Cardiff – I’m a Senior Lecturer in composition and direct the Contemporary Music Group at Cardiff University. I have been involved with music since I was very young, singing, playing the violin, arranging music and occasionally conducting. Being an ad hoc member of Cape Town Opera chorus during the year after I finished school convinced me that I wanted to write music. I studied initially at the University of Cape Town, then moved to London for an MMus at the Royal Academy of Music and then completed my studies with a PhD supervised by the extraordinary Michael Finnissy at Southampton.

My music draws technical and, on some levels, aesthetic resources from traditional Xhosa bow music from South Africa, but a big range of other influences are audible to me - including Cage, Feldman and the French spectralists.

What have your career highlights been so far?
The thing I enjoy most is working with friends and colleagues who are excellent musicians and lovely people – I’m very fortunate to have a few collaborators like this, with whom I work regularly: violinist Harriet Mackenzie and her duo partner, Philippa Mo (together they are violin duo Retorica); Sarah Dacey, Kerry Andrew and Anna Snow of juice vocal ensemble; Xandi van Dijk and the Signum Quartet; Carla Rees of rarescale and Tetractys, of course; the Fidelio Trio and a few others. Working with people like these is always musically enriching and full of joy, whatever the circumstances.

And something about your current work and future projects?
Opera will be my focus over the next few years – it was the medium that tempted me to become a composer, and I’ve been exploring and studying it quietly ever since. I’ve written a few little operatic and theatrical pieces, working with Cape Town Opera and Tete-a-tete Opera amongst others, so I am now ready to finally put all of my research into action on a bigger scale.

I also have a few instrumental projects this year including a big piece for the Stellenbosch International Chamber Music Festival, and a substantial duo with electronics with Retorica – but I’m looking forward to a sabbatical next year where I will be developing a new opera project.

Can you introduce us to one of your pieces?
Tracing Lines for alto flute and cello was the first piece I wrote for rarescale, back in 2006. My friend Rosie Banks (cello) was playing with rarescale and introduced me to Carla – we discussed me writing something, and decided to work together. The piece has been quite important for me – in this form it has had a few performances now, but it also became the starting point for a bigger piece for violin and cello. In that form, it also lent its name to my chamber CD “Tracing Lines”!

The piece is short – about 4 minutes at the most – and uses the Kingma system quartertone alto flute (although it is just about possible on a non-Kingma instrument). I describe it in the programme note as an “urban idyll” – although perhaps it is a little more edgy than that suggests. It is quiet and pensive most of the way through, and uses an idea which is common in my work – a rhythmic cycle using two notes a tone apart – as the core of the texture. This is derived from the Xhosa bow music I mentioned above – a wonderfully subtle solo music from the Eastern Cape region of South Africa which uses the harmonic series above two adjacent fundamentals to create otherworldly melodies.

Can you give us details of any performances of any of your works coming up?
There are some nice things coming up – I’ve been collaborating with the Cologne-based Signum Quartet over the last few months, with performances in Germany and a residency at Cardiff University where we developed their quartweet project. This continues with performances of my work in Greven and Cologne (Germany) and the Wigmore Hall in the next month or two.

At the end of this month, Harriet Mackenzie will be recording the violin concerto I wrote for her in 2006 with the English Symphony Orchestra and Kenneth Woods – this will be out in April on the Nimbus label.

In July I’ll be in South Africa for the premiere of the new piece at the Stellenbosch International Chamber Music Festival, and after that the sabbatical opera project kicks off!