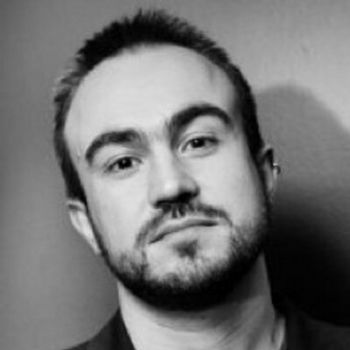 Adam Melvin is a composer and saxophonist. Born in Bury, Greater Manchester, he studied music at Queens University, Belfast where he specialised in composition under Piers Hellawell and performance. He went on to study composition with Malcolm Singer at the Guildhall School and later with Simon Bainbridge at the Royal Academy of Music where he was appointed Manson Fellow in composition (2005/6).

He received his first commission in 2001 to co-compose a movement for the late Luciano Berio’s Art of Fugue project. Since then, his work has received numerous performances throughout the UK and Ireland, mainland Europe, the USA and Japan and has been broadcast on BBC Radio 3. Recent commissions include pieces for the London City Showcase, Cheltenham Festival, London Jazz Festival and the Verbal Arts Centre, Derry. A great deal of his practice has involved collaborative work with the visual arts, including projects for Glasgow’s Mackintosh Gallery, SPNM’s Sound Source series and CESTA in the Czech Republic.

Adam has worked extensively as a workshop leader and animateur most notably as resident musician at the Yehudi Menuhin School 2006/7. As a performer he has appeared at the South American Computer Music Festival, Rio de Janeiro, Sonorities Festival, Belfast and more recently at Imagine Create, Derry and MANTIS, Manchester.