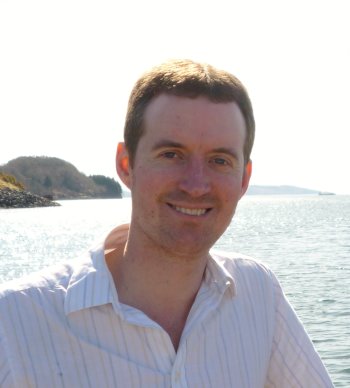 Oliver Iredale Searle originally studied at Aberdeen University to become a classroom music teacher and in 2000, he moved to Glasgow, where he studied at the Royal Scottish Academy of Music and Drama with John Maxwell Geddes, gaining a Distinction for his Masters degree. He completed a PhD in composition in 2006 at the University of St Andrews, and has written works for the National Youth Choir of Scotland, the Hebrides Ensemble, Red Note, the Scottish Reed Trio, the Paragon Ensemble, the BBC Scottish Symphony Orchestra, the National Youth Orchestra of Scotland, the New Music Players and the Royal Scottish National Orchestra. In 2002, he received a silver medal from the Worshipful Company of Musicians in London and in 2004 he won the Mendelssohn Scholarship; he has also been nominated for a Royal Philharmonic Society Award and won a British Composer Award in 2018. Over the last few years, he has had works performed at festivals and venues around the world, with broadcasts in Europe and Asia. He is frequently involved in the creation of music for theatre, has a lecturing post at the Royal Conservatoire of Scotland and is interested in creating new music for a variety of inclusive settings.