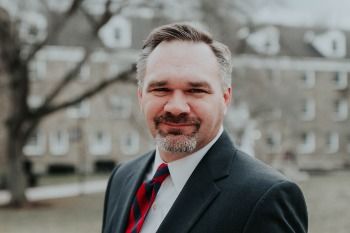 Born in Baltimore in 1972, composer Russell Scarbrough draws inspiration from the jazz tradition and the innovations of contemporary concert music. A six-time ASCAP Plus Award recipient, His works are regularly performed by orchestras, chamber groups, and jazz ensembles internationally, and he makes frequent appearances as an educator, a conductor, and a performer. Recent commissions have been performed in London jazz clubs, in Carnegie Hall, and on the steps of the U.S. Capitol.

Some of Scarbrough's most fruitful collaborations have been with flutists. Kathryn Scarbrough, Peter Sheridan, Ali Ryerson, Tereasa Payne, Chris Potter, Wendy Stern, and chamber groups Areté and Vocasynth have performed premieres of his works. He has been a featured composer at the National Flute Convention, the Mid-Atlantic Flute Convention, the Australian Flute Festival, and the International Low Flutes Festival.

Scarbrough studied composition with Hank Levy and Bill Dobbins, and received his Doctor of Musical Arts degree from the Eastman School of Music. He has served on the faculty of Canisius College, Houghton College, and Roberts Wesleyan College.

Body Alive with Signals
Next
Previous