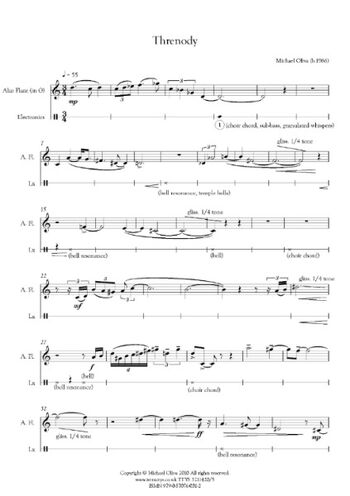 
Threnody was originally composed as the wordless sixth movement of my recent Requiem, occupying the position taken by the rather sentimental Pie Jesu in Fauré and Duruflé's versions. It was however always conceived as also having an independent life as a work for solo alto flute and electronics.

The composer would like to thank Dave Pape for use of his recording of the Tiger Hill temple in Darjeeling, and Nicholas Robinson and the members of Mosaic for the recording of the choral parts.