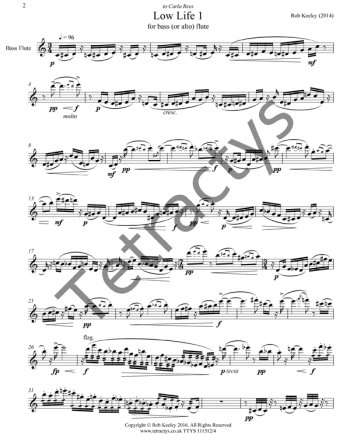 As the initial piece in a trilogy, this four-minute monody relies entirely on what I hope are good notes, balancing development of the opening chromatic figure with interruptions which nonetheless are related to that idea. Rhythmically, it’s apparently quite straightforward: the 3/4 metre allowing plenty of syncopation and surprise, with precisely-measured silences articulating the dancing figures. It’s what might be called fairly traditional flute writing, but luxuriating in the deeper register.