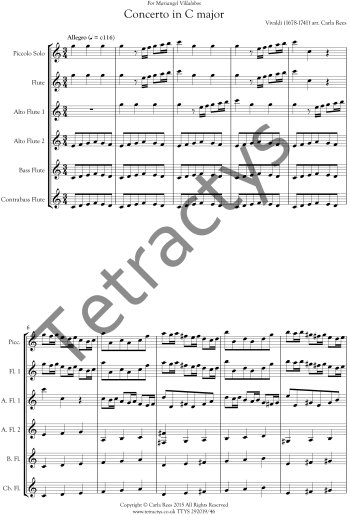 
This concerto was one of several written while Vivaldi was working as director of music at the Ospedale della Pietà in Venice. He is thought to have written these concertos for his talented students to play, and judging by the virtuosic displays in many of his solo instrumental works, we can only assume that the overall musical quality in his department was high. The concerto, originally written for flautino, which may have been a piccolo or a recorder, takes on the three-movement form that is common of Italian baroque style, with the bright sound of the piccolo’s high register exploited throughout. The expressive E minor slow movement is one of the best known solo works in the piccolo’s repertoire, and often used as an audition piece. Here, opportunities for ornamentation and embellishment allow the soloist to demonstrate not only their expressive playing, but also their creative imagination.