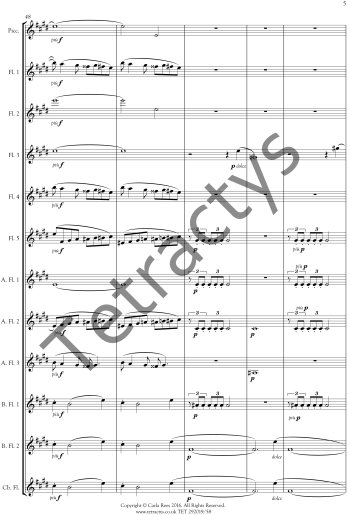 
The Siegfried Idyll was composed as a birthday present for Wagner’s wife, Cosima, in 1870. Wagner had arranged for the orchestra to play the piece to her as she woke up in the morning of 25th December, the day she celebrated her birthday (her actual birthday was 24th).

Her diary for that day says:
When I woke up I heard a sound, it grew even louder, I could no longer imagine myself in a dream, music was sounding, and what music! After it had died away, R. came in to me with the five children and put into my hands the score of his “symphonic birthday greeting.” I was in tears, but so, too, was the whole household; R. had set up his orchestra on the stairs and thus consecrated our Tribschen forever!

The piece was originally titled Tribschen Idyll, named after the house the Wagner family lived in near Lucerne from 1866-1872. The name of the piece was changed when it was published reflecting birth of their son, Siegfried, and the use of thematic material from the opera of the same name.

The original ensemble had 15 players – flute, oboe, two clarinets, bassoon, two horns, trumpet and strings – dictated by the size of the staircase it would be first performed on. The relatively small (only 12 bars) trumpet part was played by conductor Hans Richter, who learned to play the instrument specially for this performance. The orchestration was expanded when the work was published.

This version for flutes is dedicated to Hilary Orton.