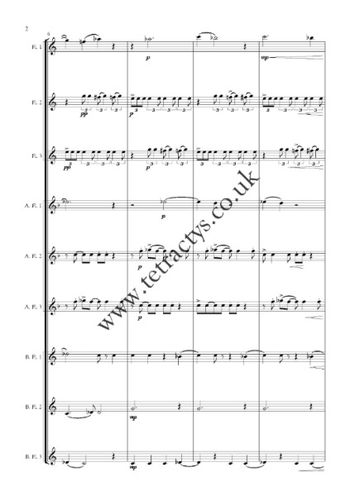 Singing Bowl for nine flutes was first composed while I was attending the rarescale Summer School, Harlaxton, in August, 2015. I scored it for the nine flautists who were on the summer school that year. I revised it in 2018, expanding the middle section and filling out some of the parts. The idea for the piece was suggested by the continuous tones of a Tibetan singing bowl, once it has been set vibrating by a mallet circling the rim. The characteristic sound of the bowl combines deep and high notes, which generate some interesting dissonances in a wide range of overtones. This image was suggested to me by the contrasting registers of the flute choir and by the sonorities of the low flutes in particular. I have enjoyed hearing the piece performed at two of the rarescale summer schools in its two very different versions.