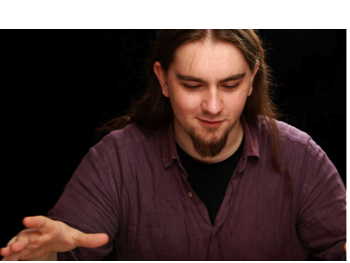 Matthew Whiteside introduces his work, Well, Well, Well... for alto flute, viola and double bass
Well, Well, Well was written exceptionally fast, even by my standards. I composed it over a weekend in April 2013 as a challenge to myself in using a rather unique ensemble and in writing under pressure. It was in response to Red Note’s (www.rednoteensemble.com) call for scores for their semi-regular Noisy Nights (its kind of an open mic night for composers hosted in Edinburgh and Glasgow).

The name is a bit of a self-deprecating joke. It came from the realisation, while composing the piece, of the subconscious influences that I was drawing upon, specifically Metal and Traditional music. Metal has been a long time pleasure of mine and I had no problems with realising it was influencing my music (in fact other composers had mentioned it before but I had refuted the idea until this piece!). However, Traditional music was another issue.

I was never one to enjoy Celtic Traditional music, so to hear its influence seeping in to my music was initially slightly worrisome. However, due to the time constraints, I didn’t have much opportunity to ponder this problem, I just had to accept it. Once the Traditional influence was clear to me I let this grow within the piece. It then dictated its own writing and, in hindsight, I think this was a good idea.

Well, Well, Well was the piece that taught me to trust my, and the piece’s, own instincts. I have come to the conclusion that starting a new composition with a clear idea of something (be it a conceptual idea, reference music, a technique, whatever) is good, but if the work wants to go in another direction, do not fight it.