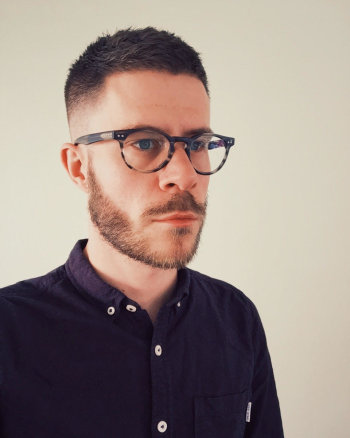 Composer of the Week: Benjamin Tassie

How would you describe your music to someone who hasn't heard it?
It’s somewhere between ‘art music’ and weird electronic pop. Think - the love child of Stravinsky and Björk. Or something.

What have you been working on lately?
I just released an EP (wurl). It’s been the culmination of a lot of collaborations, so it’s great to be able to share it. I wrote the track Body for my friend Liam Byrne, who plays the viola da gamba. We took that to Wilderness Festival 2015 with Rambert Dance, which was fun. Man, I wrote for the violin duo Mainly Two, who premiered it at Zaha Hadid’s gallery last year. (That track features cat-meows and dog-woofs). Then, Drop was written for Joby Burgess as part of Sound and Music’s Portfolio 2015 programme. They’re all amazing musicians.

Where could we have heard your music recently?
I wrote a little piece for Juice Vocal (with text by Annie Freud), which has been doing the rounds. They premiered it at Shoreditch Church, and then again at Tate Modern and on Radio 3 (as part of New Year New Music). That same day, actually, Joby Burgess premiered Drop at the National Portrait Gallery. I DJ’d the opening of the V&A’s new baroque galleries back in February, too, with Liam Byrne (we ‘live mixed’ baroque tunes). Basically I’ve hit-up a lot of galleries recently.

What projects have you got lined up for the future?
I hope to continue working on an opera based on the book by Olga Borisova Preferences upon which we are collaborating.

And what's next?
In August I’m going to the rarescale summer school at Harlaxton Manor thanks to the Help Musician’s UK composer bursary. It’s connected to a big project (that I can’t tell you about just yet), with music for (amongst other things) contrabass flute and electronics. It’ll be fun working on that over the summer - which is going to be pretty intense.

Can you tell us about SCHWUH-EEET?
The title’s a pun on the baroque dance suite, which the work is loosely based on. I thought it would be fun to write something that re-examines baroque dance music alongside our own, so it takes those forms but with contemporary electronic dance music sounds.

Where can we hear more of your music??
My website is benjamintassie.com and I’m on Soundcloud and Twitter too - @benjamintassie