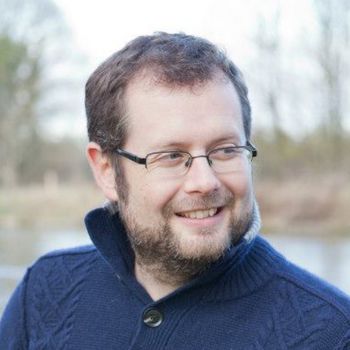 Robert Fokkens is a South African composer based in the UK. His work explores a range of influences from traditional South African music to 20th- and 21st-century experimental music, via jazz, electronic dance music and the classical canon, creating a music characterised by twisted cycles, rhythmic energy, and microtonal inflections. The Times has described his work as being “fascinating”, “imaginatively orchestrated” and having its “own engaging quirkiness”.

In 2020, Robert’s work will be premiered by the Riot Ensemble, David Adams (violin) and Alice Neary (cello) at the Penarth Chamber Music Festival, and soprano/piano duo Anna Snow and Kate Ledger for the York Late Music Festival. French quartet Quatuor Capriccio and pianist Jakob Fichert also give repeat performances of works commissioned by them. Following a workshop and showing in December 2018, funded by an Arts Council Wales/Lottery-funded Research and Development Grant, Robert is also currently developing a monodrama with Kathleen Ferrier Prize 2010 winner, baritone Njabulo Madlala, and librettist Mkhululi Mabija for premiere in 2020.

His music is published by Composers Edition and Tetractys Publishing, and his debut CD of chamber music – Tracing Lines – is available on the Métier label. The violin concerto An Eventful Morning Near East London was released on Nimbus in 2017, garnering a range of excellent reviews, BBC Music Magazine describing it as “exquisitely crafted…an arresting work”. His music has also been released on Orchid, Herald, Prima Facie, TUTL and Foundry labels, and broadcast on BBC Radio 3, Australian Broadcasting Corporation radio, Swedish Radio P2, Portuguese Radio Antena 2, and various South African radio stations.

Robert is Senior Lecturer in composition at Cardiff University, and regularly gives masterclasses and presentations on his work at other institutions in the UK, Ireland and South Africa. He was composer-in-residence for the Stellenbosch International Chamber Music Festival 2017, NewMusicSA Indabas in 2008 and 2015, Festival Capriccio-en-Maine 2017, and for the South African National Youth Orchestra Courses in 2005 and 2013. He is Course Director of the Vale of Glamorgan Festival’s Peter Reynolds Composers Studio. Robert studied at the University of Cape Town and at the Royal Academy of Music, also holding the Manson Fellowship at the RAM in 2001-2002. He completed his PhD at the University of Southampton in 2007, where he was supervised by Michael Finnissy.

Robert is an experienced conductor, currently working as director and conductor of the Cardiff University Contemporary Music Group. With this ensemble he recorded Only Breath, a CD of contemporary Welsh choral music for the Ty Cerdd label in 2018, and will give world premiere performances of two recently-discovered early works by Peter Maxwell Davies in April 2020. In 2014 he was elected an Associate of the Royal Academy of Music.