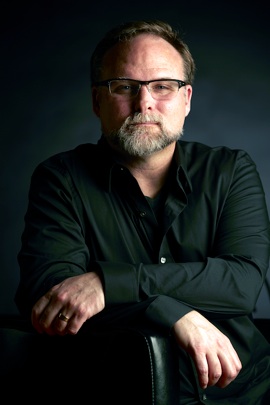 Scott L Miller is a composer of electroacoustic, orchestral, chamber, choral and multimedia works frequently performed at venues and in exhibitions throughout North America and Europe, including the 10th International Music Festival New Music Plus in Brno,The Contemporary Music Festival at the Ostrava Creative Center and Janácek Conservatory, Mladé Pódium International Festival of Young Artists, the 12th International Festival of Electroacoustic Music in Brno, the Leipzig Neue Gewandhaus, at Dvorak Hall, Prague, and at Galerie EXPRMNTL, in Toulouse, France. Miller's music has been described as 'not for the faint-hearted listener' (Juliet Patterson, mnartists.org) and 'inspir[ing] real hope & optimism for the future of electroacoustic music.' (Simon Cummings, 5against4.com).

Known for his interactive electroacoustic chamber music and experimental performance pieces, Miller has twice been named a McKnight Composer Fellow, and his work has been recognized by the Jerome Foundation, the Minnesota State Arts Board, the Central Minnesota State Arts Board, and the MUSICA NOVA 98 International Electroacoustic Music Competition. His music has been released on the Innova, Eroica, CRS, rarescale and SEAMUS labels. His music is published by ACA (American Composers Alliance), Tetractys, and Jeanné.

Miller is a Professor of Music at St. Cloud State University, Minnesota, where he teaches composition, electroacoustic music and theory. He is currently Vice President of Programs for the Society for Electro-Acoustic Music in the U.S. (SEAMUS). He has lectured on electroacoustic music and composition in universities and secondary schools across the United States, Europe and Mexico. He holds degrees from The University of Minnesota, The University of North Carolina - Chapel Hill and the State University of New York at Oneonta, and has studied composition at the Czech-American Summer Music Institute and the Centre de Creation Musicale Iannis Xenakis.