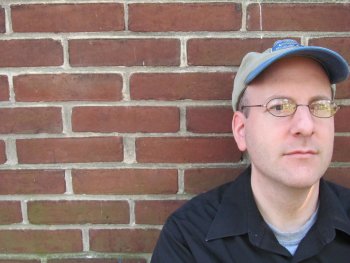 Thomas has received grants from The American Composers Forum, The University of the Arts, and The Peabody Conservatory to support the recording of several of his compositions, which have been released on Innova Recordings, Capstone Records, Vectordisc, Arizona University Recordings, rarescale records, as well several independent releases. Thomas' music has been featured on NPR, WWFM's 'Divertimento' program, WVUD's 'Fine Tunings' program, WRTI's "Now Is The Time", as well as many jazz and NPR stations across the US. His music has been published by Shawnee Press and Tetractys Publications.

Thomas won the Philadelphia Young Composers competition hosted by The Philadelphia Orchestral Society, and the Morawetz Award in Composition. He is the author of "A Conversation with Lukas Foss", which was published in 'The Journal of the Conductors Guild,' and subsequently published by Carl Fischer.

In addition to his work as a composer, Thomas enjoys a second life as a jazz pianist. His new album "Headspace" features the legendary Joel Frahm on saxophone, with John Swana, Matt Davis, Micah Jones, and Erik Johnson. Thomas has also performed with Larry McKenna, Joe Hunt, Steve Giordano, and many others.

Thomas received degrees from West Chester University, and The Peabody Conservatory. His mentor for many years was Lukas Foss, and he also studied with Steven Mackey, Ron Thomas, Jacques Voois, Michael Connell, and Donald Chittum.

Thomas is on the faculty at The University of the Arts in Philadelphia, PA, where he chairs both the composition department and the music theory department, oversees the core undergraduate curriculum, and teaches piano. He has authored his own theory workbook that focuses on both classical and jazz theory, and has also taught masterclasses in Santiago, Chile.