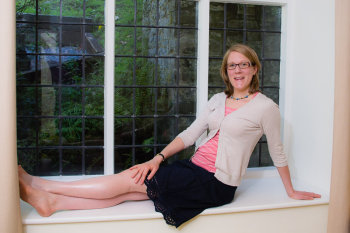 Elizabeth Winters has established herself in the UK as one of the leading composers of the younger generation. Her music is regularly performed throughout the UK, by performers as diverse as the London Symphony Orchestra, BBC Philharmonic, BBC Singers, Ensemble 10/10, rarescale, The Orlando Consort, Aurora Nova and the Choir of Canterbury Cathedral. Her works have been programmed as part of LSO Discovery, the Presteigne Festival, the Royal Opera House ‘Exposure’ Series, the Leeds International Concert Season, the European Capital of Culture Concert Series, the Aldeburgh Festival and during services at St Paul’s and St Alban’s Cathedrals. Several works have been broadcast on BBC Radio 3.

Elizabeth won a British Composer Award (2009, Making Music Category) for her orchestral piece The Serious Side of Madness. In 2008 she won the Liverpool Capital of Culture New Composer Competition. She has also been the recipient of a PRSF/Bliss Trust Bursary and was on the Sound and Music Composer Shortlist from 2006-09. Most recently, Elizabeth won first prize in the 2015 Orion Orchestra Composer Competition.

Born in 1979, Elizabeth studied at the Royal College of Music and Goldsmith College, where she gained her MMus in Composition with Distinction. Her principal composition teachers were Judith Bingham and Kenneth Hesketh. She has also worked with Julian Anderson, John Casken (Lake District Summer Music Composer Residency) and Colin Matthews, Michael Gandolfi and Oliver Knussen (Britten-Pears Young
Artist Programme). Elizabeth also enjoys working with young musicians and been commissioned by the National Youth Recorder Orchestra and the Farnham Festival. For more information visit www.elizabethwinters.com