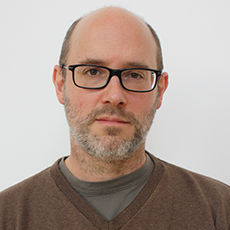 Scott Wilson was born in Vancouver in 1969. He studied with Barry Truax, Christos Hatzis, Gary Kulesha, Ron Kuivila, Wolfgang Rihm, David Gordon Duke, Owen Underhill, and others, and since 2004 he has lived in Birmingham, UK, and has taught in the Music Department at the University of Birmingham.

His works include pieces both for instrumental and electroacoustic forces. He is a member of Birmingham ElectroAcoustic Sound Theatre, for which he develops software, and an active developer of the SuperCollider computer music language.

His music has been performed internationally, with recent performances at the Huddersfield Festival, the Mouvement Festival, the Trash Festival, Esprit Orchestra's Next Wave Festival, Open Ears, and the Cool Drummings Festival. Recent projects include works for Darragh Morgan, rarescale and Xenia Pestova.