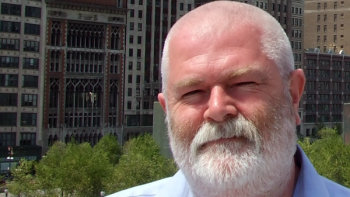 Rob Keeley was born in Bridgend in 1960. He studied with Oliver Knussen at the Royal College of Music, Magdalen College Oxford under Bernard Rose, and later with Robert Saxton. In 1988 he studied at the Accademia Santa Cecilia in Rome with Franco Donatoni, and at the Tanglewood Summer Music School, where he was the Benjamin Britten Fellow in Composition, working again with Oliver Knussen and Hans Werner Henze.

Since 1993 he has been a lecturer in Music at King's College, London.

His music is available on the NMC and Lorelt labels. Further CDs of Rob’s music are forthcoming in 2017 on Clarinet Classics and Divine Arts.