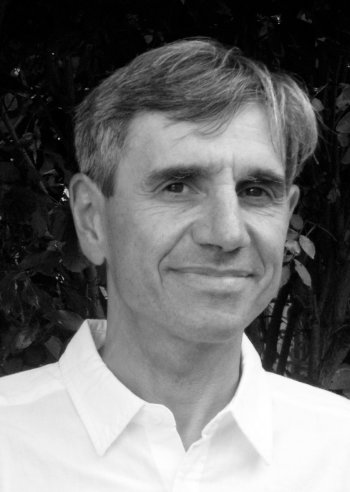 Alain Besson discovered his musical vocation at the Conservatory of Music at Chalon-sur-Saône (France): studying violin with Jean-Claude Bernède and making acquaintance with outstanding musicians and composers, particularly Camille Roy and Raffi Ourgandjian. At the National Conservatory of Music of Lyon (Department of composition), Raffi Ourgandjian influenced him profoundly by his exceptional artistic personality and very open vision of creation. He also studied with Christian Accaoui and Robert Pascal. Yvette Grimaud (Professor of ethnomusicology) opened the pathway of discovery to music of oral tradition.

His music fits into both close and distant traditions: the mainstream of the music of the 20th century, especially Webern, Debussy, and Messiaen; ancient music on which he constructed projects echoing medieval forms; traditional music...
His music is also nourished by literary and philosophical references often co-inciding with the genesis of his works. One of his chosen fields is the voice, inspired by poetry. The voice in all of its forms: women’s and children’s choirs, mixed ensembles, solo voices and instrumentalist-singer voices.

His compositions make ample use of the rhythmic dimension and deploy the subtleties of overlapping musical timing.
He also enjoys confronting his imagination to instrumental virtuosity cultivating collaborations/exchanges with performers with whom he has strong affinities, in the aim to explore and extend playing techniques: the flute with Françoise Ducos, the clarinet with Pascal Pariaud, the organ with Raffi Ourgandjian, and voice with Anne Delafosse Quentin... Maintaining a veritable passion for transmission, he currently teaches analysis and musical composition at the Regional Conservatory of Cergy-Pontoise (north of Paris).