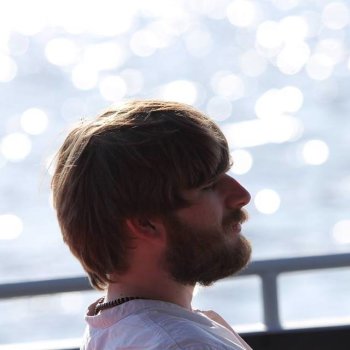 Ben Lunn's music has been described as 'Evocative' - Buzz Magazine, 'Restrained Otherworldliness' - P.G. MusicWeb International 'Chilling' - Theatre Wales or 'produces...glorious roaring sounds' and 'desolate monotone'. He has also been referred to as a 'Composer of life music' - M.K.

His music, as he continues to develop, is more and more retrospective often drawing more influence from the ancient. Despite being so reflective of tradition, his work always remains of the time. His contradictory influences from Buddhism and Bataille, Perotin and Radulescu, Part and Harvey continue to hold him on the precipice of the now and the past. Ben Lunn is a Makem composer. He has studied at the Royal Welsh College of Music and Drama under the guidance of Peter Reynolds. Since then, he has studied his Masters under the tuition of Marius Baranauskas in the Lithuanian Academy of Music and Theatre. He has also received mentoring from Param Vir. His work has been performed across Europe and by varying ensembles and soloists. These have included Martynas Levickis, Robertas Servenikas, Royal Welsh College of Music and Drama Symphony Orchestra, Tianyi Lu, Lithuanian National Symphony Orchestra, Rolf Hind, Caryl Hughes, Nicolai Matsov, Sofia Soloists, Music Theatre Wales, N.A.M.E.S., Welsh Sinfonia, Ensemble Synaethesis, JVLMA, ÖeNM, and Francoise-Green Duo.

Ben Lunn’s music has also been broadcast on television and radio across Europe, including Radiophrenia (Scotland), LRT Klasika (Lithuania), as well as national radios in Bulgaria, Serbia, and Armenia.