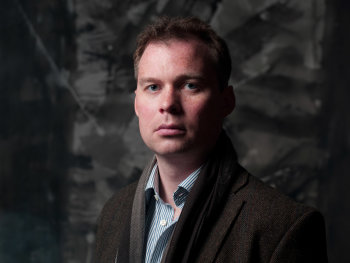 Michael lives and works in London, having recently completed Doctoral study in composition under the supervision of Mark Bowden and Helen Grime at Royal Holloway, University of London. His work often takes inspiration from some natural force or man-made structure, and he has become fascinated by the intersection between the two. His work includes acoustic and electro-acoustic compositions. He is a graduate of both London Symphony Orchestra Panufnik (2014/5) and London Philharmonic Orchestra Leverhulme (2015/16) young composer schemes. Recent works include Celia’s Toyshop for the Riot Ensemble (February 2017, Slipstream for Ruthless Jabiru (April 2017), commissioned as part of the Sound & Music Portfolio scheme, and In Cloud Light (May 2017) for alto flute and electronics.


In Cloud Light
Stratus
Next
Previous