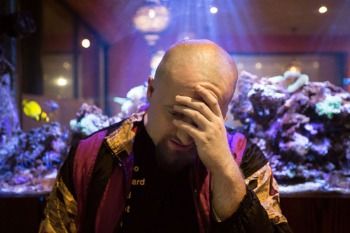 Ben Gaunt (b.1984) Ben Gaunt (b.1984) has studied at the RNCM, Manchester Metropolitan University and holds a PhD from the University of Sheffield. His music has been performed by the London Symphony Orchestra, London Sinfonietta, rarescale, Ensemble 10/10, Icarus Ensemble, Oren Marshall, Sarah Nicolls and Christopher Redgate.

He is the co-director of Manchester-based ensemble Sounds of the Engine House which has performed at the Bridgewater Hall, toured the north of England (supported by Sound and Music) and appeared at the Huddersfield Contemporary Music Festival.

Ben’s music has been published by UYMP, released by NMC, and was shortlisted for a British Composer Award. He is a senior lecturer at Leeds College of Music also teaches music at the Open College of the Arts.