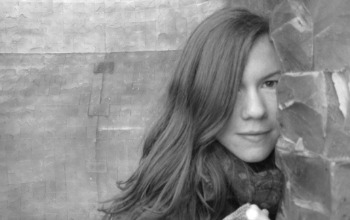 Sophie Pope was born in 1988 in Sheffield, England. She studied for two years at the Royal Northern College of Music in Manchester with David Horne and completed her Master's in Composition at the Staatliche Hochschule für Musik und Darstellende Kunst Stuttgart with Caspar Johannes Walter. In 2013 she spent a semester at the Manhattan School of Music with Nils Vigeland. She is a founding member of the Stuttgarter Kollektiv für aktuelle Musik (S-K-A-M).

In 2011-2012 she was a scholarship holder funded by the Society of the Friends of the MH Stuttgart and in 2012-2013 of the Deutschland Stipendium funded by the Sparda Bank. In 2016 she was selected for the RMN Classical Calls for Scores for II a crow (solo violin). In 2013 she was a prize winner at the Acht Brücken festival in Cologne for string quartet and electronics. In 2012 she was awarded the Honorary Mention from the Prix Ton Bruynèl for to a crow for flute and tape, and the 3rd prize of the Crossover Composition Award for violin duet. In 2018 she was a lecturer at the very first International Congress for Wind Band Music in Neu-Ulm.

Life Scenes
Mond(schatten)
to a crow
Zwei Kreise
Next
Previous