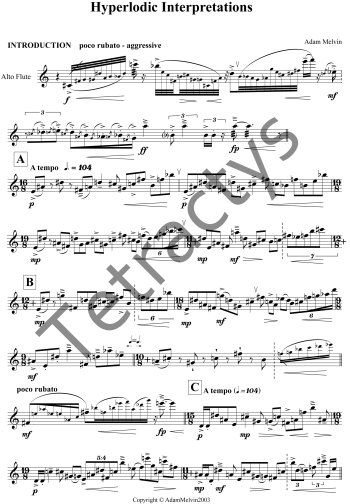 
The music of saxophonist, flautist & bass clarinettist, Eric Dolphy was a huge influence on my early work both as a composer and as a performer. This short piece for alto flute - an instrument Dolphy did not play but yet seems to somehow embody the instruments he did - is a homage, of sorts, to him. Much of the material is based on his improvisational language while a few of his compositions (Gazzeloni, Something Sweet Something Tender) creep into the music from time to time. The opening introduction is based on the first solo passage he played on his last ever concert (immortalised on the album Last Date) just days before his untimely death in 1964.