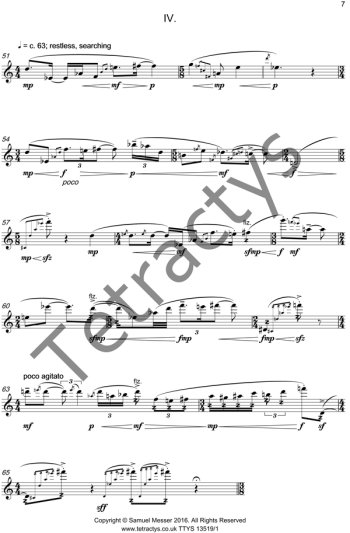 
bourdon takes as its form a series of short movements, each separated from the next by a refrain. At the outset these refrains act as something of a 'punctuation' in the structure, marking the boundaries between sections (although their role becomes increasingly complicated as the work develops).

The title suggests a number of things: an organ's bass flute stop, the drone of a folk fiddle or pipe, and (via Middle English) the word 'burden', here meaning a recurring chorus. All of these things make their way into the piece on one level or another, and at points an often fragile connection with music of the past might also be felt.

bourdon was first performed by Carla Rees in the Picture Gallery at Royal Holloway University of London on 6th March 2017.