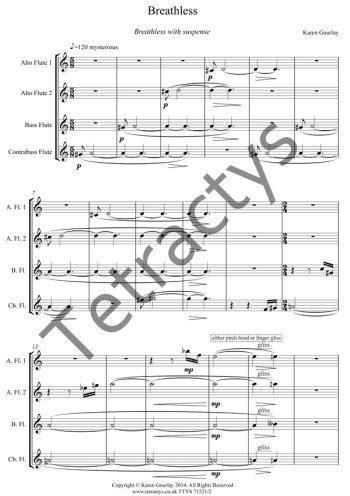 Breathless explores the sound world of the low flute ensemble. In four sections, the music is influenced by the way we use language to portray different emotions such as breathless with excitement or evoke an atmosphere such as a hot day without a breath of wind.

Breathless was commissioned by Marion Garver Fredrickson and premiered by her with Linda Chatterton, Carla Rees and Geni Skendo at the 2014 National Flute Association Convention in Chicago.