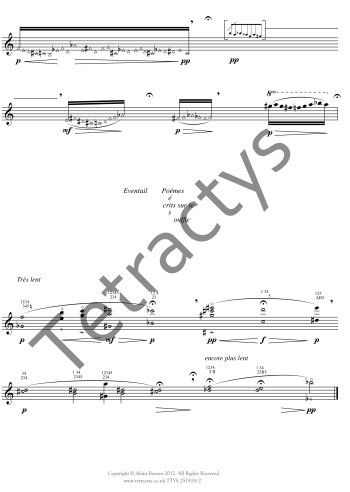 
Synopsis:
Paul Claudel said of his Cent phrases pour éventail that they were “written on the wind” and that “every poet dreams of holding the world in a small formula”. The work of Chinese and Japanese poets suggested to him the idea of making poetic pictures, by having fun with the parts of an expressive phrase, by cutting the words: “leave to each word, the space – the time – necessary for its full reality, to its dilation in the white space.” These writings are inspired by these poems and constitute an imaginary musical extension of this idea. The bass flute has been exploited to the limits of its possibilities and registers by proposing a varied and contrasted universe. Each piece develops a microcosm, a climate of the game modes suggested by each poem.