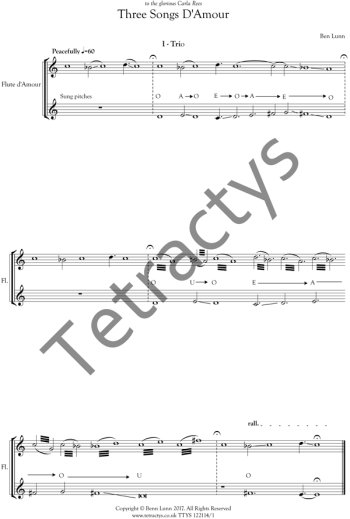 Three Songs D’Amour was written as part of a curious collaboration with the British flutist, Carla Rees. The three movements are quite simply three different songs, for the baroque flute d’amour. However, the score can be performed by any flute. The decision to refer to the movements as songs is simply because the performer sings throughout the entirety of the piece, producing a curious dialogue between themselves and the instrument at hand.


The work is dedicated to Carla Rees and was premiered at Iklectik ArtLab, London, on 14th October 2017.