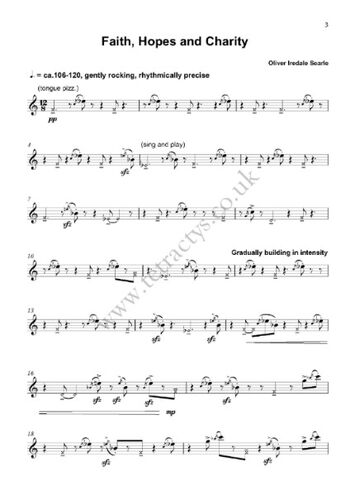 Faith, Hopes and Charity (2017) - Oliver Iredale Searle
There are no foreign lands; it is the traveller only who is foreign, and now and again, by a flash of recollection, lights up the contrasts of the ear.
- Robert Louis Stevenson; Silverado Squatters


Over the last few years, I have been writing a series of pieces about boat journeys, which end up at completely unrelated places of worship I have visited. I am not a spiritual person, but am endlessly fascinated by the time, energy and human resources that have been given to creating religious buildings over the millennia. In this piece, I began with a particular memory of fishing from a slowly drifting rowing boat with my father on the Hopes Reservoir (in the Scottish Borders, one of the very few bodies of water in Scotland that is not a loch), then imagining that this ends up at the Santa Maria della Pieta church in Venice. This church was attached to an orphanage, run by resident nuns in an adjoining convent (unwanted babies were often left in a purpose-made hole in the wall round the side of the building). This particularly orphanage and church became very famous in Italy, as Vivaldi was the resident music teacher. He wrote many of his most famous works for the orchestra and choir (and concertos for the young musicians who were living there), the majority of whom were female (as young males were sent out to work from a younger age). There is a large fresco inside the church called 'The Triumph of Faith' and a carved bas-relief above the front door, entitled 'Charity'. Musically, this piece is based on material that would not be out of place in a Scottish jig, but mixes this with a repeated, descending chord sequence and short, staccato outbursts, which reference some of Vivaldi's faster music.