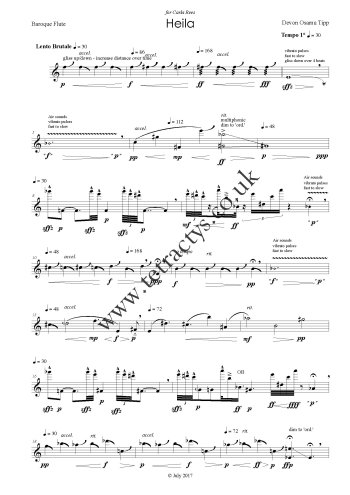 Heila (Icelandic for 'brains') is inspired by Snorri Sturluson's 13th century masterpiece, Prose Edda. In the beginning of time, the world is created from the body of the primeval frost giant, Ymir. A tyrannical god, he was killed by the sons of Bor. When he died, the blood gushed from his body and became the oceans of the world. His bones became the mountains, stones and gravel were made from his teeth, and his skull became the sky. This creation myth serves as the armature for my composition.

Heila is approximately 6 minutes in duration.

Heila was written for Carla Rees' New Baroque project and was premiered by her at Iklectik, London on 7 June 2018