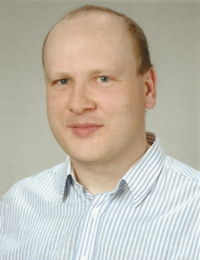 Composer of the Week: Andrzej Kwiatkowski-Kasnakow

Tell us a little about your background
When I was a child, everything I did was illustrated by the music which I heard generated in me, so I thought that everyone had music inside them. Once I found out to my astonishment that the others didn't have music in them, I decided to become a musician, composer, and share my music. My musical education started with private keyboard lessons. The day I learned to notate music, I began to notate my music. Then I went to a secondary music school where I learned the clarinet, piano and theory. Over the years I developed my composing on my own research, deriving from all available sources. Formally my education ended with getting a master's degree at the choral conducting and music education faculty at the Academy of Music in Bydgoszcz (Poland). About that time I started to collaborate with contemporary music performers who were interested in premiering and performing my works.

What have your career highlights been so far?
My works were performed at the Oslo Grieg Festival 2012, at the Moscow Autumn Festival 2014, were appreciated also in Italy, Portugal, England and other countries.

Can you introduce us to one of your low flute pieces?
My Suites for alto flute and for bass flute realize my thought of the flute as an independent instrument. Although I was always devoted mainly to keyboard instruments, I was also a successful solo clarinetist for some years, so I know from my own experience of a woodwind instrument player how to break free from any accompaniment. Applying different composing techniques I made each movement of the suites a self-efficient microcosm of the flute.

How would you recommend someone gets started on learning your piece?
The Suites consist of sixteen movements that can be played separately. I think that everyone will find something interesting for him in these sets. Playing such miniatures especially develops musicality and shows artistic abilities. I think the suites are very good material to work on for developing technical and musical skills.