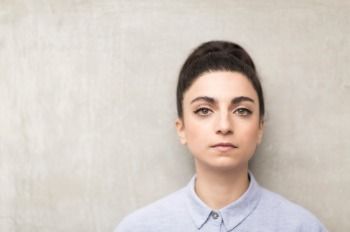 Born in London in 1987, Shiva Feshareki started her career after winning the BBC proms/Guardian Young Composer of the Year 2004, with her first penned composition. Since then, she has worked as a composer and post-dj turntablist who has performed at major venues such as the Southbank Centre, Royal Albert Hall, Barbican, Roundhouse and Kings Place, and has working relationships with The London Philharmonic Orchestra, London Philharmonia, London Sinfonietta and London Contemporary Orchestra. As a composer and turntablist, Shiva has worked and toured with musicians ranging from virtuosi Natalie Clein and Mark Van De Wiel, to left-field pop artist/composer Mica Levi, video-gamer and youtube pioneer Freddie Wong, and sound artist Simon Fisher-Turner. She has had compositions and remixes released on Labels such as Nonclassical, NMC and the London Sinfonietta label. Alongside this, she works with alternative ensembles such as Piano Circus. With Piano Circus, Shiva is a 'Women make Music' PRSf funded composer for her piece Jack of all Trades‚ for 6 pianos and 6 kaoss pads.

Shiva’s music has been featured in many UK and International festivals including The BBC Proms, Bath, Ulverston, Cambridge, Spitalfields and Cheltenham. Academically, she is a doctoral scholar as well as graduate of The Royal College of Music under Mark-Anthony Turnage and Jonathan Cole. As a student, she won the main awards at The Royal College of Music, including The Elgar Memorial Prize, The Concerto Competition (both composer/performer), and The Cobbett and Hurlstone Award. She was also the winner of The Theodore Holland Intercollegiate Nominated Award, which is awarded to one composer studying in all of the UK's music conservatoires. By the time she was 21 she had won many prestigious composition awards, including the Royal Philharmonic Society Composition Prize 2009. By the time she was 23, she had become a shortlisted composer at the BASCA British Composer Awards under the Sonic Art Category, for her Turntable Concerto for 4 Turntables, Kaoss Pad, Sax Quartet & Orchestra, titled TTKonzert. Shiva's 2nd concerto, GH Konzert for Guitar Hero Nintendo and mixed ensemble, was curated by herself and received an online premiere by internationally recognized gamer and youtube entrepreneur, Freddiew. In recognition of her well-rounded career at a young age, Shiva was invited by the Arts Council England, to speak at The Artists Changing the World conference held by the BBC in 2012. Alongside her composing, Shiva has also had involvement in education and outreach. She has created outreach projects at schools for GCSE music students. Additionally, she has given guest research seminars at Brunel University. She has also been involved in judging panels such as for the BASCA British Composer Awards. Shiva's Doctoral Studies are generously supported by the Ian Evans Lombe Award.

She Cried
Next
Previous