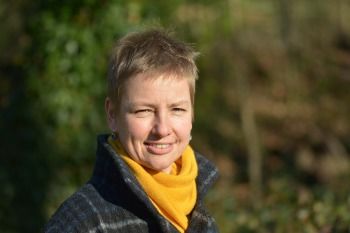 Jenny Jackson is a composer based in Sheffield.

Jenny is strongly influenced by a long-term interest in the visual and dramatic arts. Her colourful compositions often incorporate elements of theatricality, exposing or exaggerating the physical effort required in performance, or challenging audience perception and expectation in what they see or hear. Jenny completed a PhD in composition at the University of Sheffield in 2009 supervised by George Nicholson, following an exploration into the theatricality of musical performance and the relationship between notational possibilities and resulting performance outcomes.

Jenny is a member of Platform 4 - a composer collective based in Sheffield. Jenny teaches piano, composition and theory classes in Sheffield, and she is an ABRSM Theory examiner. She directs the Sheffield Viola Ensemble and First Position Strings - an adult beginners string ensemble.