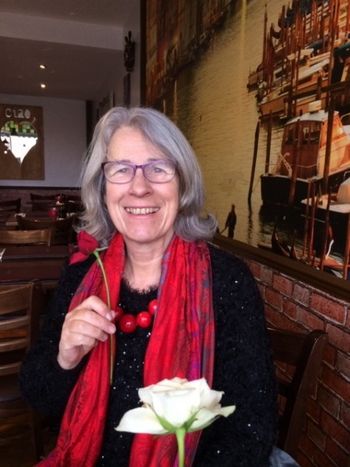 Deborah Johnson was born in 1950 and brought up in Birmingham, the eldest of four daughters born to theatrical parents. From an early age she was absorbed by music and loved making up tunes and songs. Later on she learned the piano and musical theory, taking music as one of her A-levels and continuing her interest in composition. Equally enthusiastic about literature and music she eventually decided upon English literature as her professional path. She studied at the Universities of Cambridge and Florence, specialising in the Renaissance period and returning to Cambridge as a postgraduate. For much of her professional life she lectured in English at the University of Bristol, bringing up her daughter in Bristol, the city that was to be her home for almost forty years. In the meantime her musical experience came to include playing and teaching the harp, as well as singing in a wide range of choirs.

On retirement Deborah took up composing again, now as a student at the Open College of the Arts, undertaking all three of its courses in composing (now being offered as part of the OCA Music degree). For her large-scale compositional project (A Mutability Cantata) she chose to set some of the last stanzas of Spenser’s The Faerie Queene, the work that had been the subject of her Ph.D. some forty years earlier.

Deborah now lives in the Welsh countryside between Chepstow and Usk, where she continues to enjoy composing.