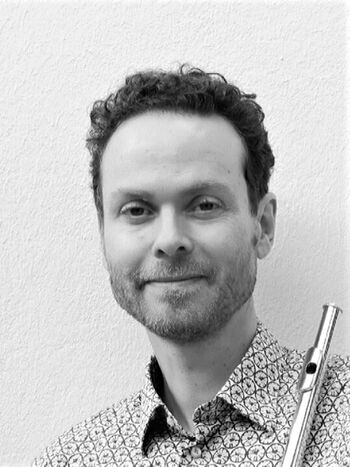 Gaspar Hoyos has been praised by conductors, colleagues and critics alike as one of the most exciting and interesting flutist of his generation. Recipient of many prestigious awards including international competitions (Jean-Pierre Rampal (1998), Markneukirchen (Germany, 1998) and NFA Young Artist Competition (USA, 1995)), he has performed to critical acclaim throughout South America, North America, Europe and the Far East. Currently Solo Flute of the Orchestre de l’Opéra National de Lorraine, Gaspar currently divides his attention between concerto appearances, solo recitals, chamber music projects and collaborating with the New Music Ensemble Ultim’asonata in visual and performing arts in multicultural projects. Gaspar Hoyos studied in Boston with Paula Robison, and in Paris with Raymond Guiot. He was the last flutist to have had the chance to take lessons with the late Jean-Pierre Rampal at his home, on Avenue Mozart, in Paris.