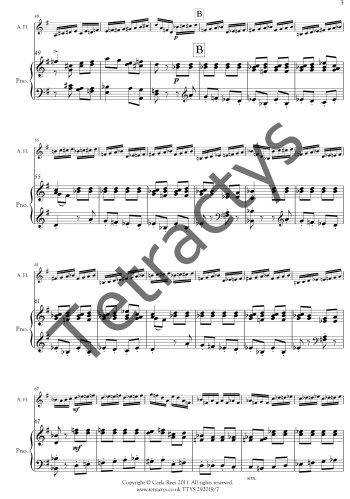 
Andersen’s Moto Perpetuo is a virtuoso tour de force, which was written originally for flute and piano and appears here in a somewhat ambitious version for alto flute and piano. The suggested tempo may be a little too fast to be practical for the alto flute, but has been left in the score to give an indication of the composer’s intentions for the original version. This arrangement may be used equally for concert performance or as a study.

A version for flute ensemble is also available:
Flute Choir version
Next
Previous