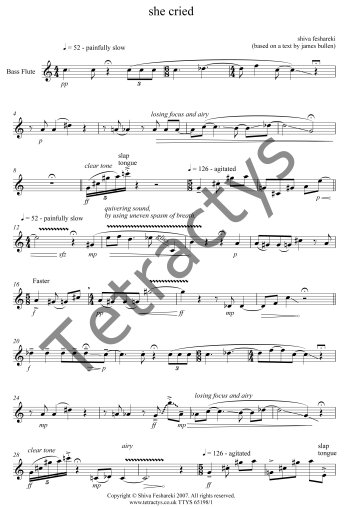 she cried, which was originally written for untrained female voice, is a simple, melancholic piece dealing with isolation and loneliness, in an overwhelmingly suffocated and crowded environment. The subject matter, as well as the organic construction of the piece, compliments the bass flute's almost fragile and vulnerable nature, and its uniquely raw tone.

This version for solo bass flute was made in 2007 by the composer for Carla Rees, who premiered the piece that year at Shoreditch Church as part of rarescale’s Premiere Series.