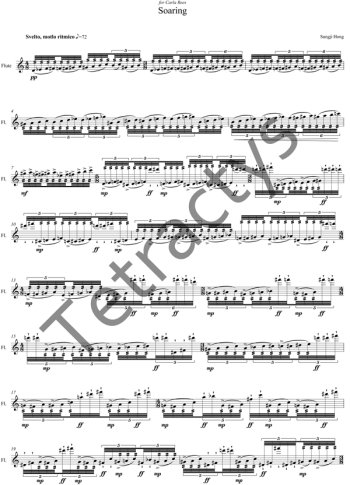 
While I was working on this piece I was imagining a seabird dynamically soar by repeatedly diving into the valleys of ocean waves, and then wheeling back up into the air.

Soaring was completed in late 2010 in Thessaloniki, Greece. The piece is written for Carla Rees and it was first performed in London on 20th July 2012. It lasts about 4 minutes.