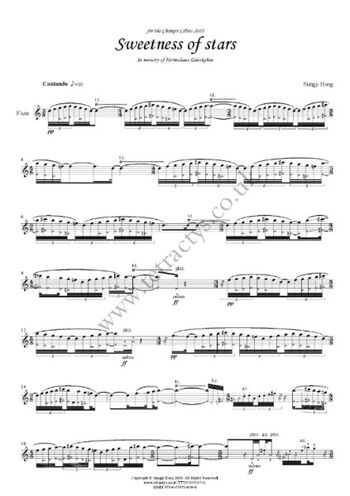 
In Sweetness of stars, the flute wanders around on high registers in soft dynamics. It explores in between stillness and motion.

Sweetness of stars was completed in early 2010 in Thessaloniki, Greece. The piece was first performed during the Festival Champs Libres by Keiko Murakami at the Le Maillon Hautepierre in Strasbourg on 5 June 2010.