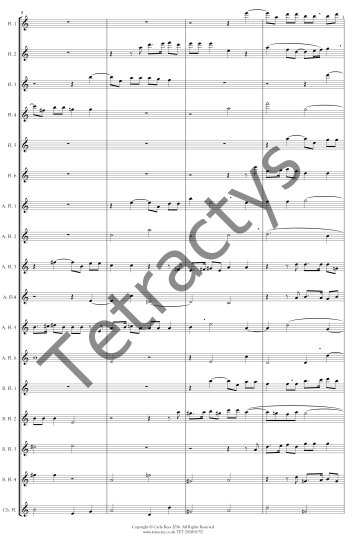 
Antonio Caldara is thought to have been born in Venice in 1671, based on reports that he died ‘in his 66th year’ (1736). The son of a violinist, Caldara was a cellist and singer, as well as a composer of operas, choral and chamber music. Under the employment of Ferdinand Carlo, Duke of Mantua, Caldara travelled to Casale, Genoa and Venice, and moved to Rome shortly after leaving the court in 1707. There he worked alongside notable composers such as Handel, Corelli and Scarlatti, before travelling to Barcelona, where one of his works was included in the marriage celebrations of Charles III. His operas were well received, and his reputation was established throughout Europe. He became Vice-Kapellmeister in the Imperial Court Vienna, establishing him as one of the notable musicians of his time.

The Crucifxus is a choral work in 16 part with continuo, and makes extensive use of counterpoint, beginning with the higher voices. Each phrase of the text is given a distinctive musical treatment, to enable the text to be deciphered even when multiple words are heard at the same time. The piece is rich with suspensions and a series of dominant seventh chords is heard towards the end of the piece. This flexible arrangement for flute ensemble uses the full range of instruments from piccolo to contrabass flute across the 17 parts.

This arrangement was made for rarescale Flute Academy, who gave the first performance at St Catherine’s British School in Athens in February 2017.